If you liked the cover of my book,
The Curse: Origin of the Vampires, please vote for it for the Cover of the Month contest on AllAuthor.com! 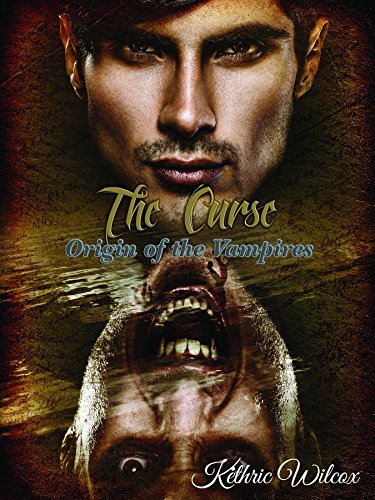 Kethric Wilcox is the author of the Legend of the Silver Hunter series, a M/M paranormal retelling of Beauty and the Beast. Based in Little Rock, Arkansas, Wilcox works as a graphic artist during the day and writes about hunters and humans in the evenings. When he's not writing or designing he can be found running around town with his partner of eight years doing something geeky in nature. Wilcox holds a BA in Graphic Design and one in History. His preferred era of historical research is the crusades and the late middle ages. He and his partner can sometimes be found camping in one of Arkansas's beautiful state parks. Wilcox is originally from Boston, MA, and grew up in a typical middle-class family. He wrote his first story in high school English and once submitted a script for a play to a contest around that time as well. He's written skits for his church over the last couple of years and was planning on working with his church drama partner to write a movie script for independent production, but those plans were put on hold due to illness in his writing partner's family. In 2014, Wilcox challenged himself to undertake a creative writing challenge to replace the script idea, and Tracker, book one of the Silver Hunter series, was born. Book two, Witch, followed in 2015, and Wilcox released Hunter, book three of the series, in January 2016. He published The Curse, the first of the vampire trilogy, in 2018. Future writing plans include a second series featuring Kieran and Cory's impact on their friends and families. Current projects include the first book of The Tales of Richard St. Martin - Lord Hunter, and Book Two in the Origin series - The Blade View all posts by Kethric Wilcox, Author